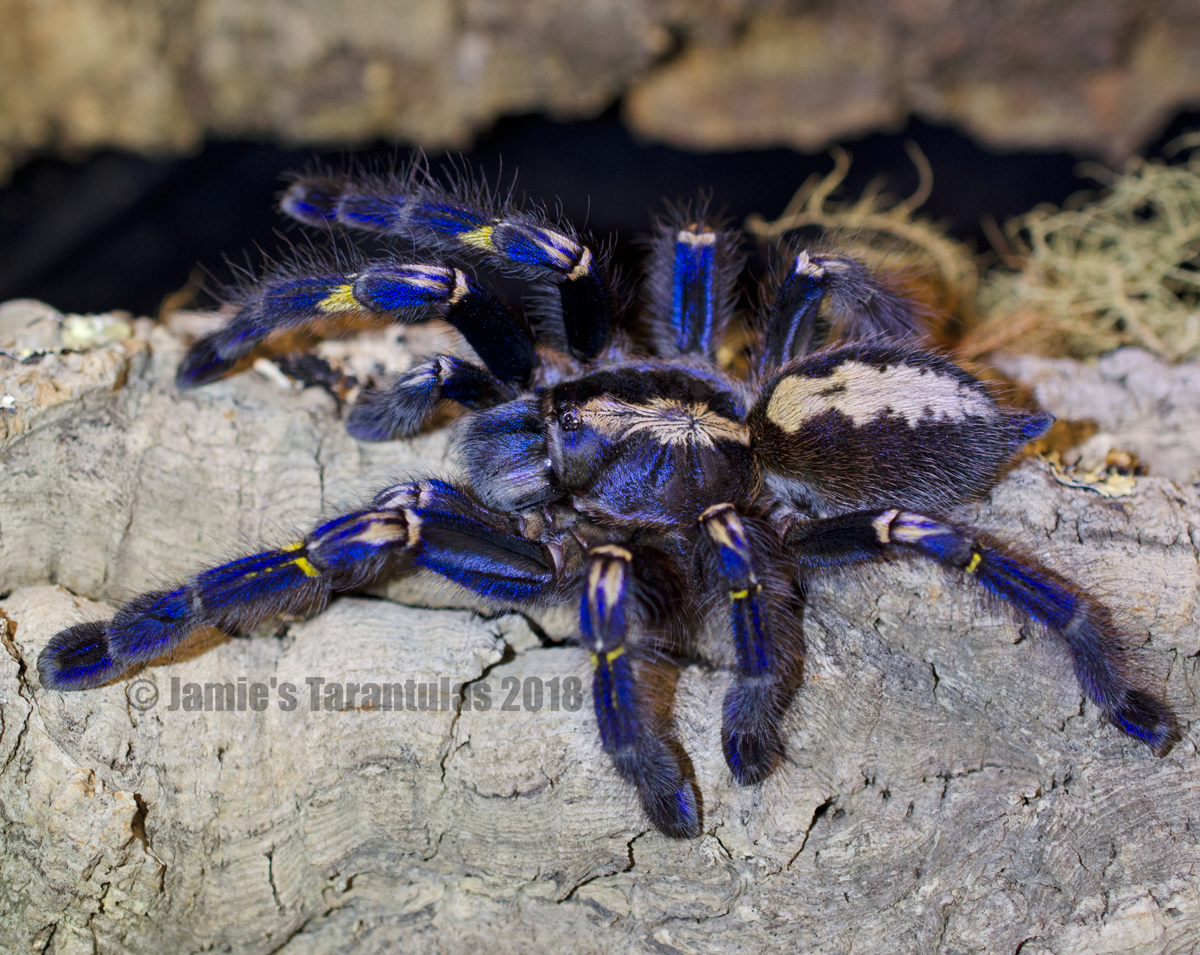 Sexual Dimorphism & How Tarantulas Change As They Grow 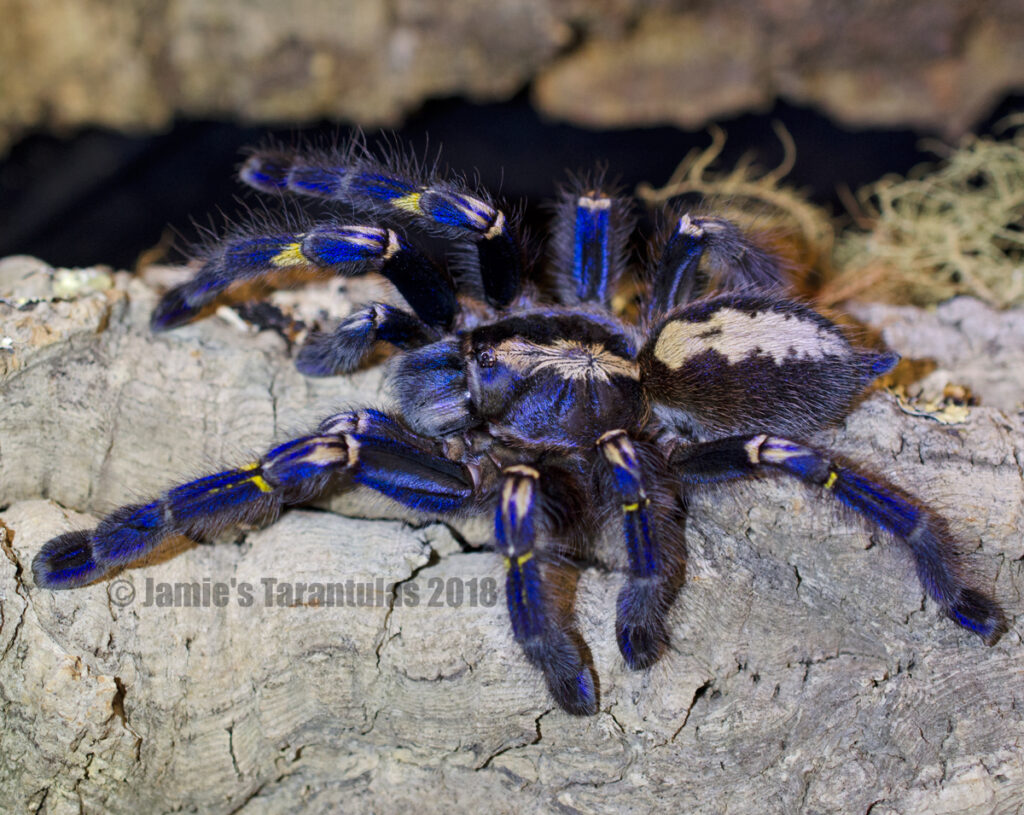 Adult female P. metallica nearly always have stronger color vs. when they were small. The adult females also display very clear markings on their carapace. Don't be fooled as some of the larger immature males can look pretty "girly" depending on when they have their ultimate molt.

Adult females can be bright blue or rarely they can be darker, often appearing black if not a lot of light is reflected off their unusual "hairs" with their amazing structural blues.

I have been asked about "True Black" P. metallica and many years ago I acquired some females from a retiring hobbiest whose Gootys were strikingly charcoal in appearance, nearly black. They were at least 7 years old when I acquired them and I cannot say what they looked like when thy were younger. 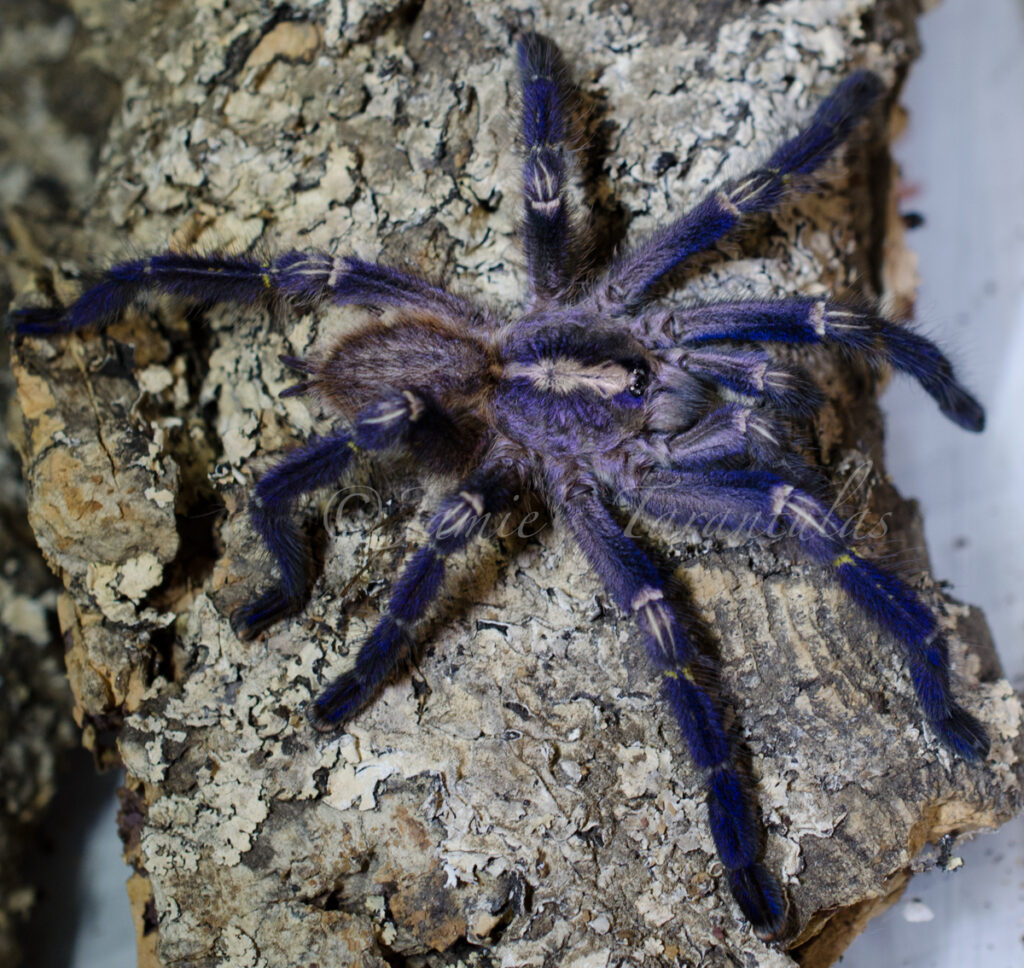 Notice the overall more brown-purple coloration of the male compared to the female. His carapace is especially drab and fuzzy, there is no defining pattern. He is leggy meaning, this mature males legs are very long compared to his body. His fangs are narrow. He also has the defining palpal bulbs (boxing gloves) although you can't see them in this photo.

I am providing the gender of the below specimens however, I will say at the juvenile stage both genders look nearly identical.

Many customers come to me asking about the "male stripes" on their Gooty. This below female has the "male stripes" I often see (incorrectly) used to identify males. Keep in mind these stripes are simply something typical of juvenile specimens. This lovely lady eventually grew out of them. 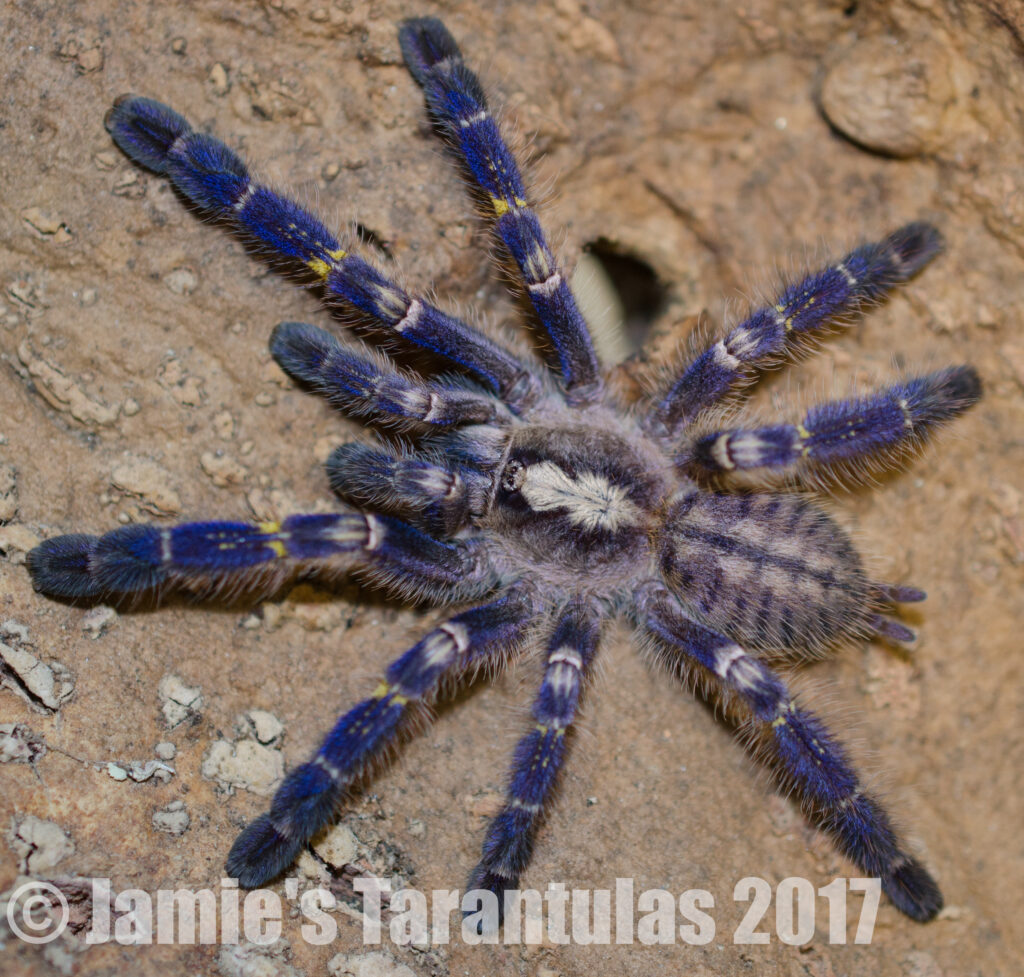 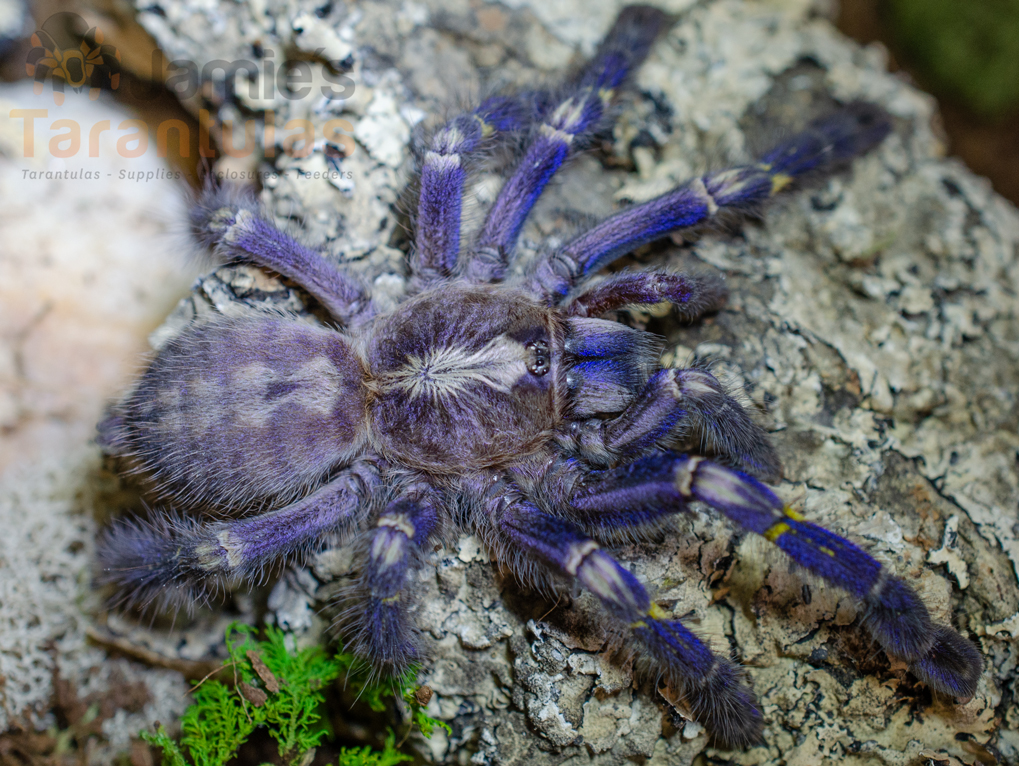 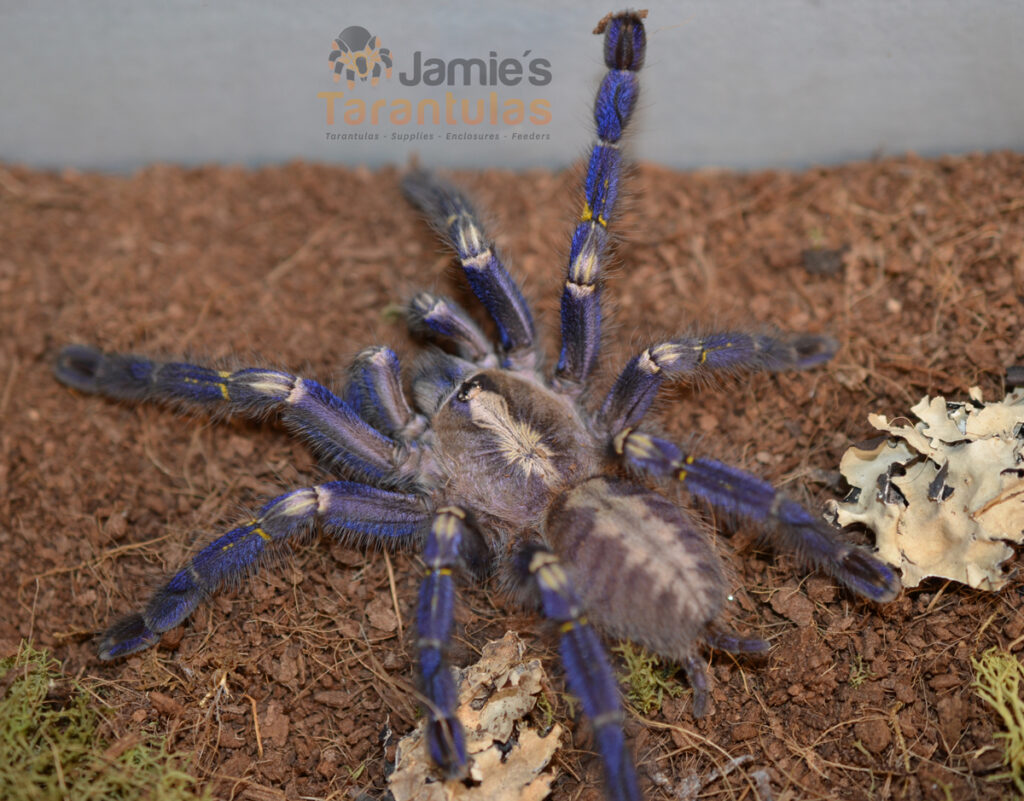 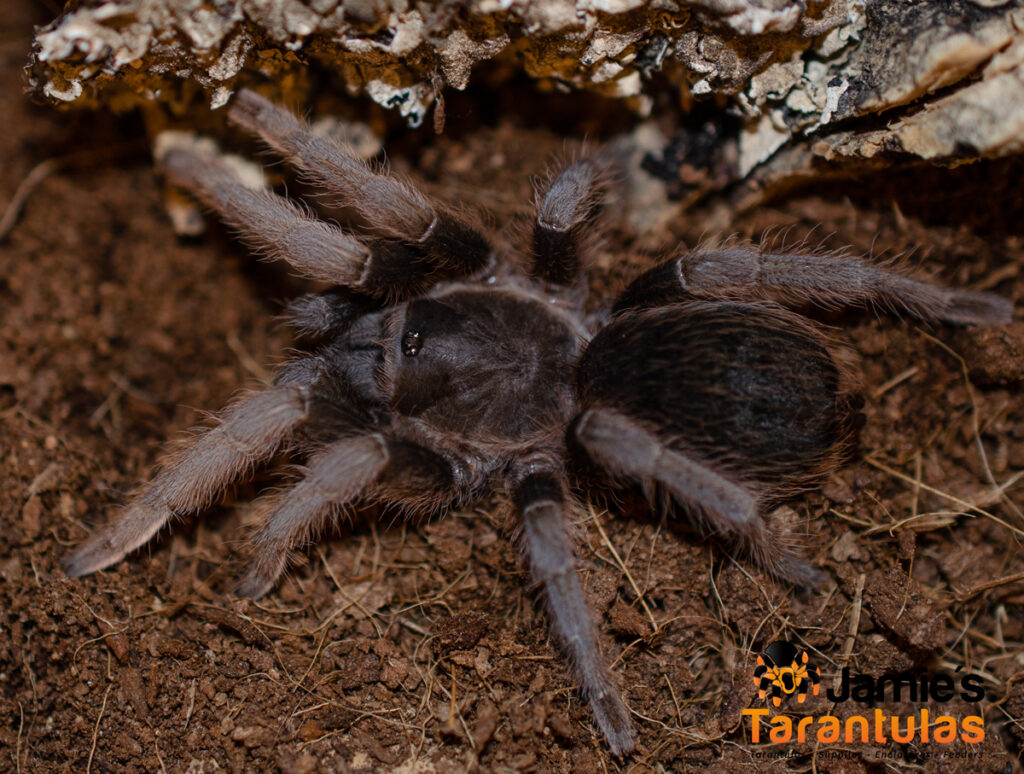 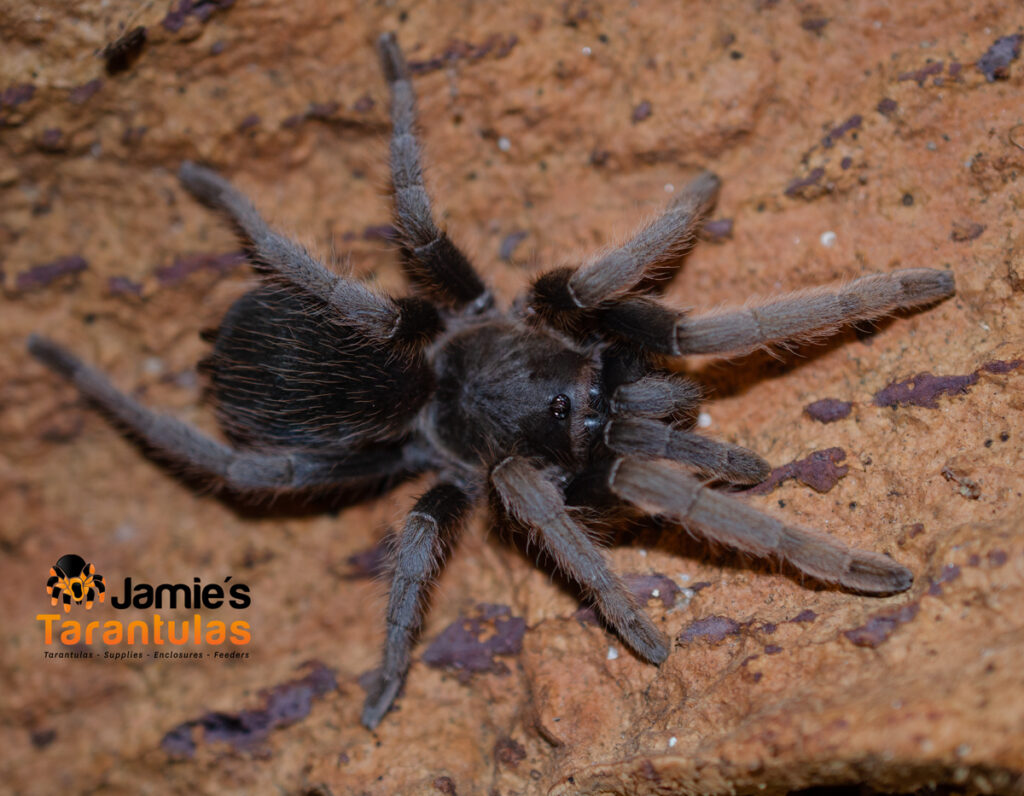 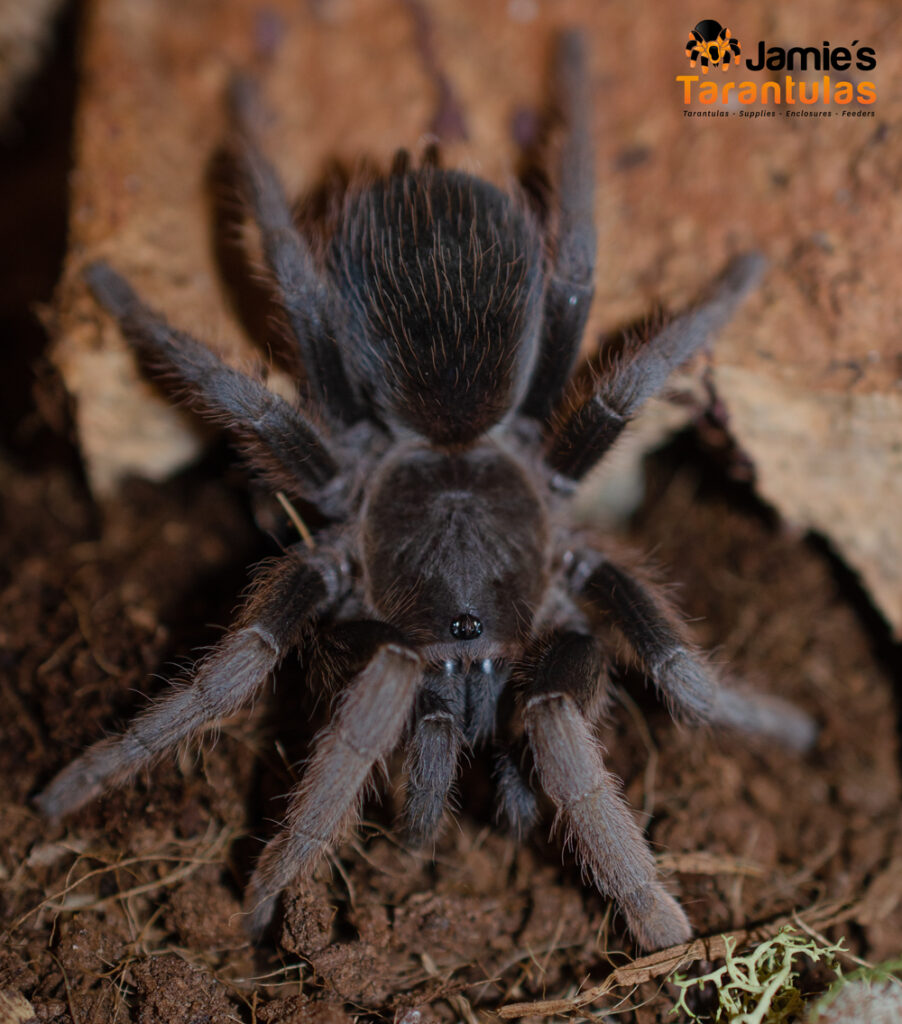 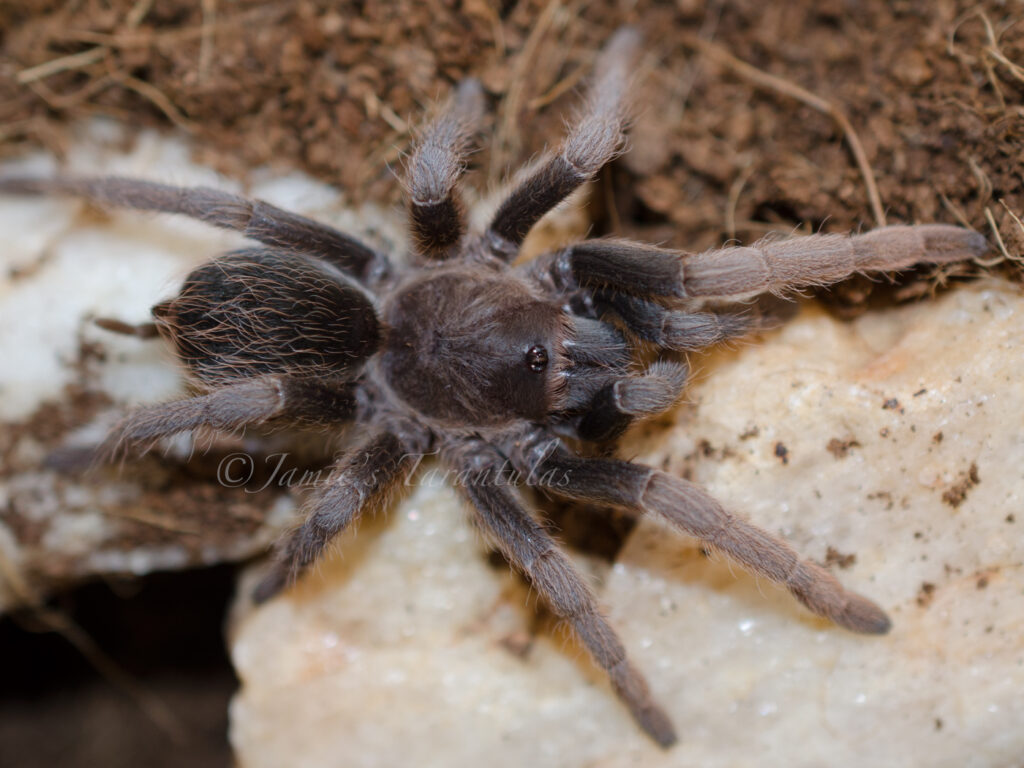 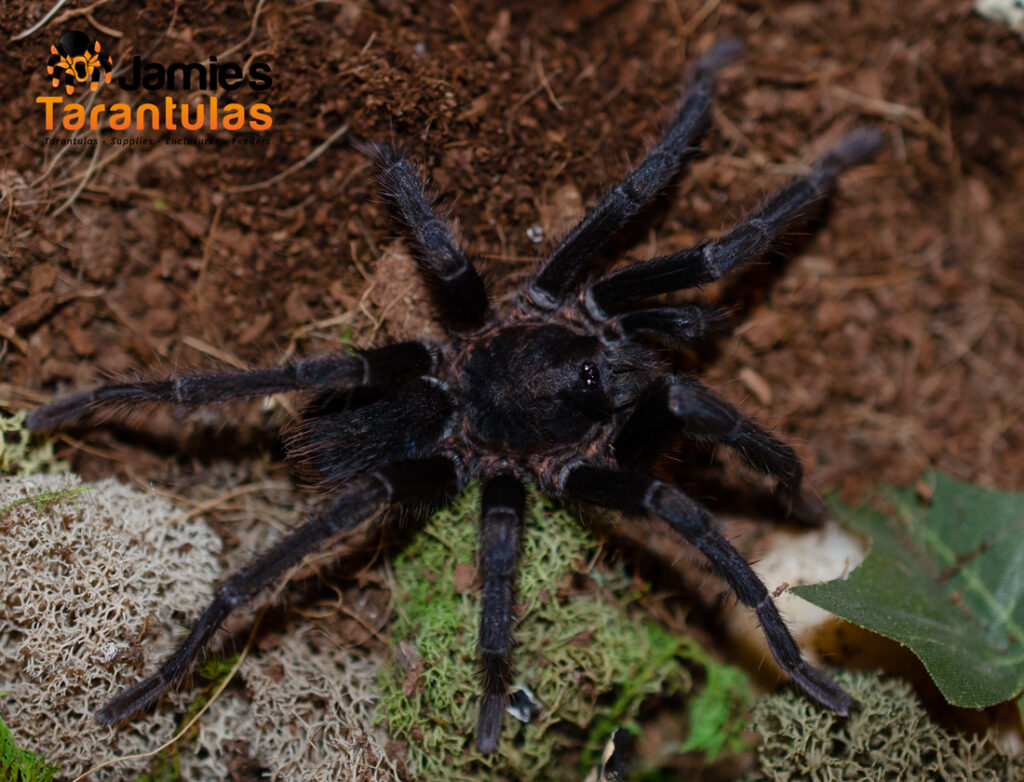 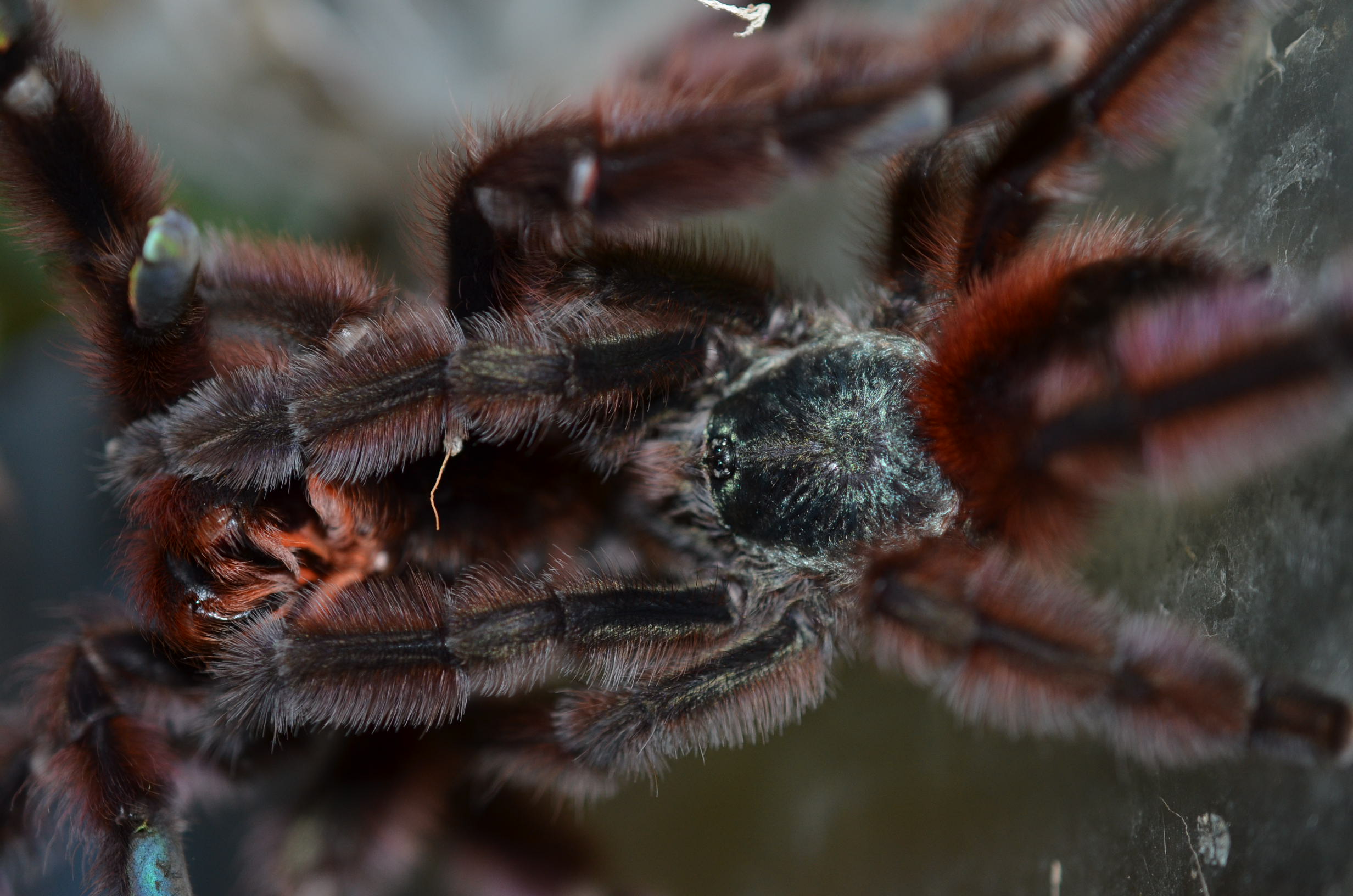 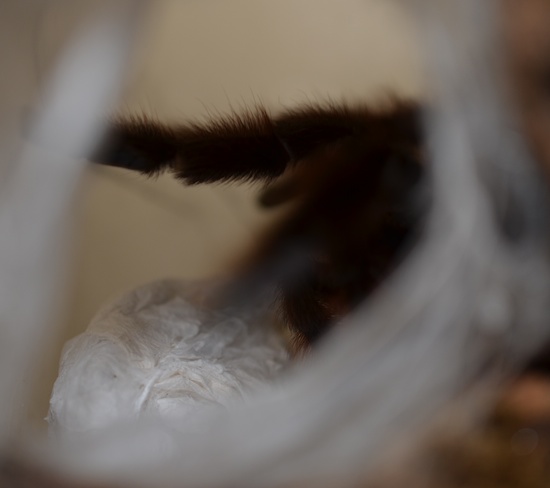 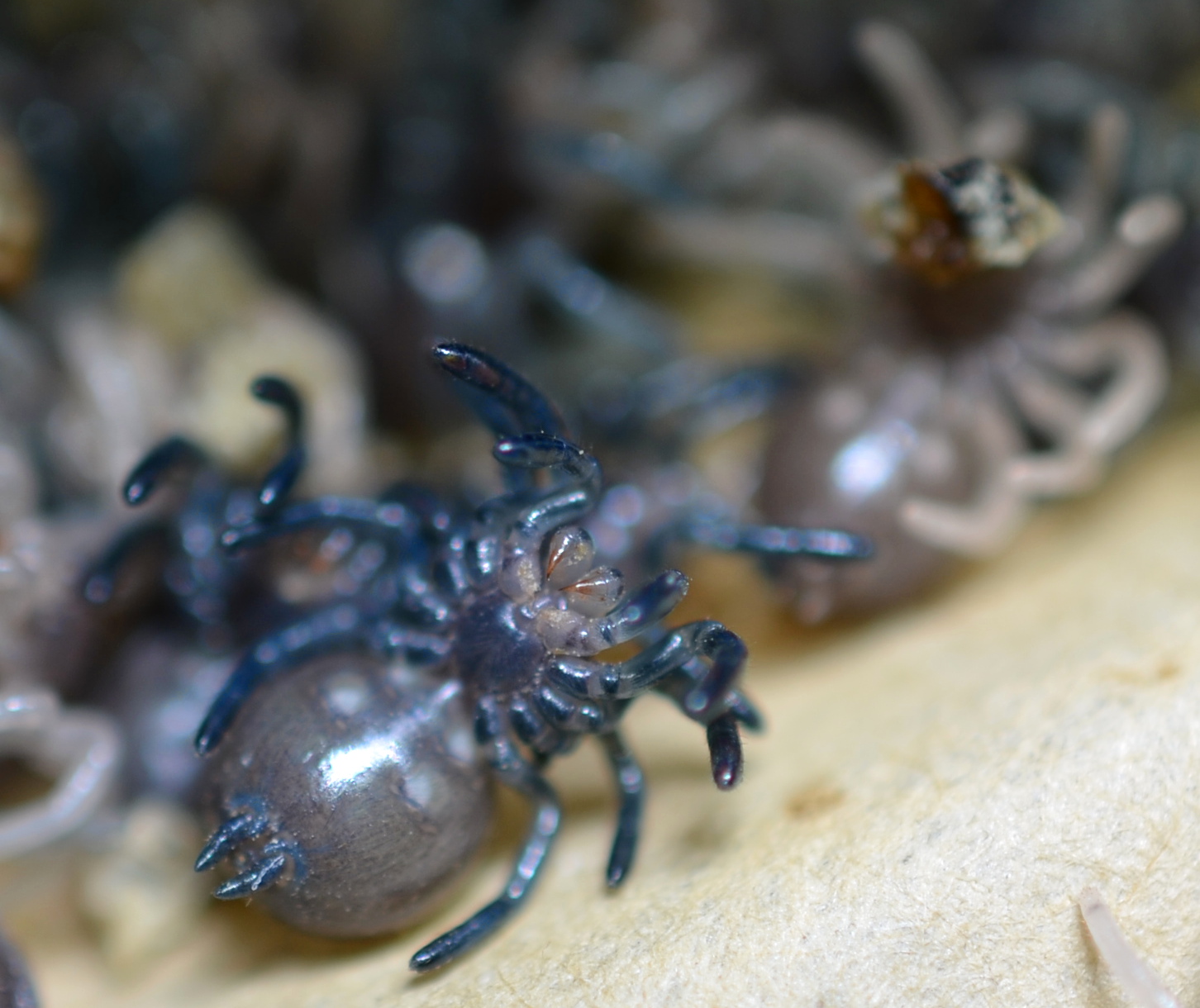 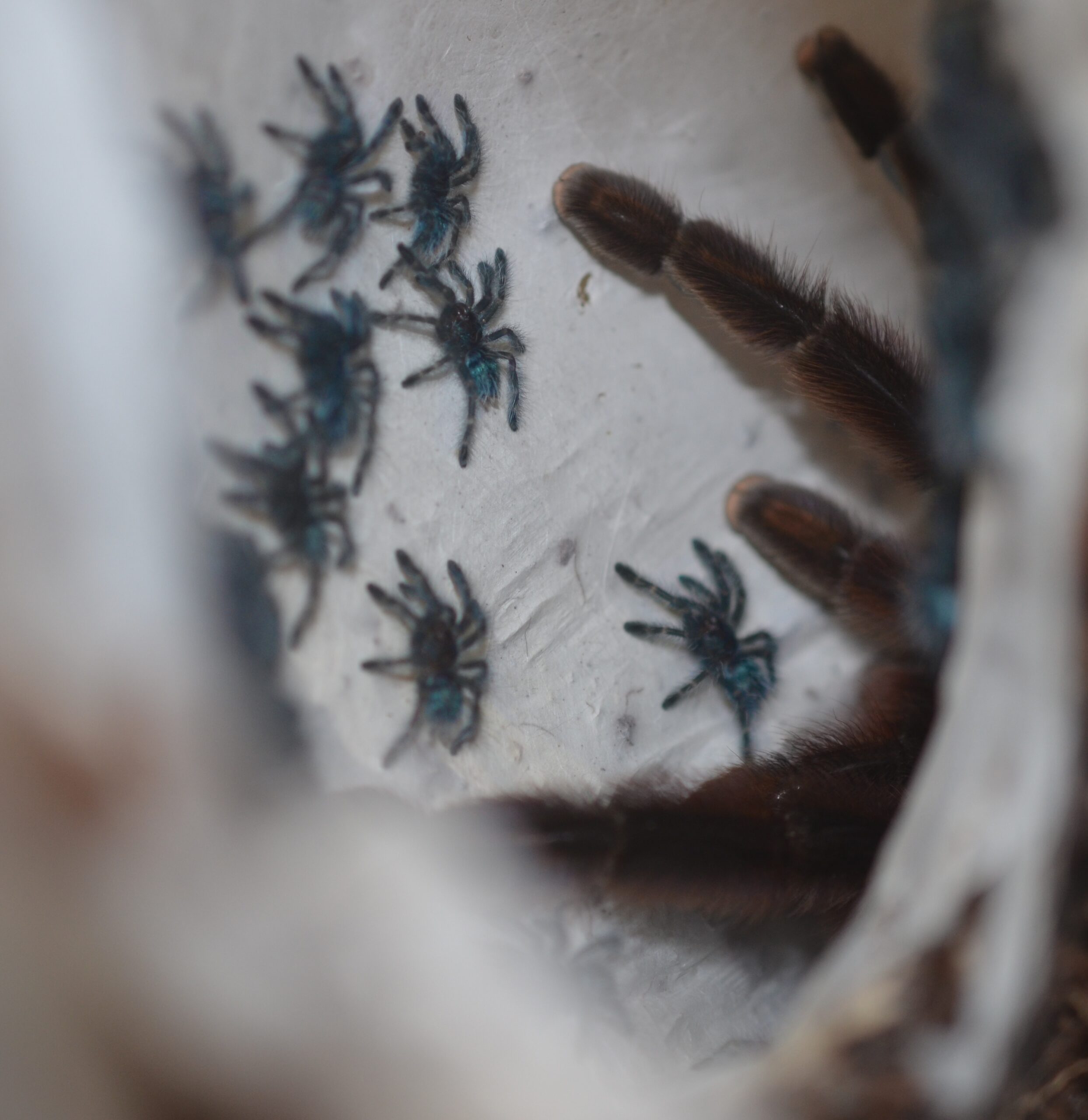 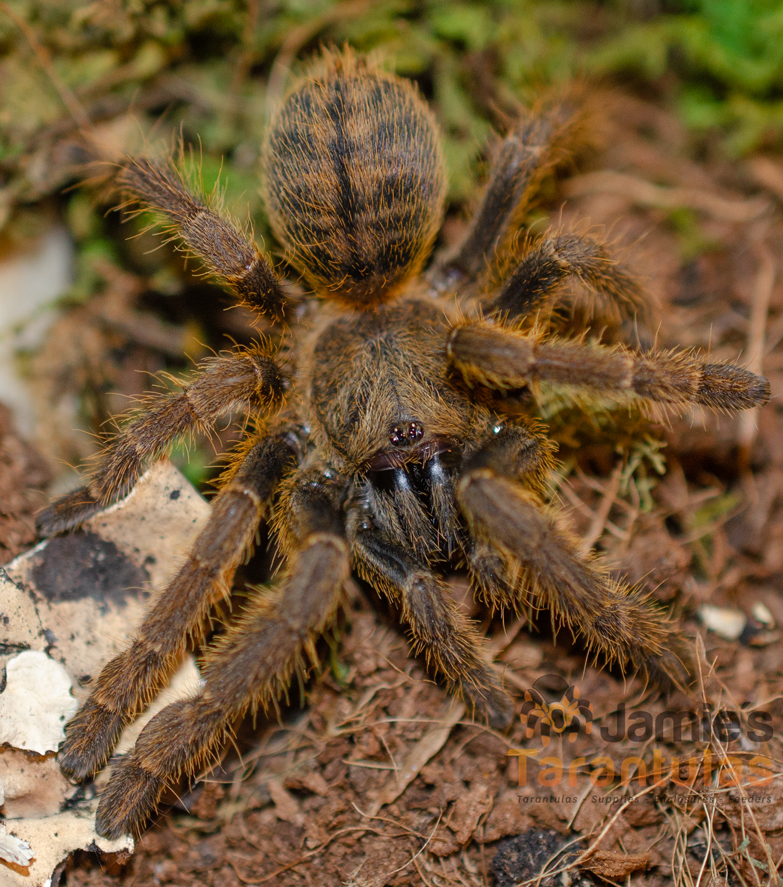 Even though this male is immature we can see he has a lankier and narrower overall build typical of males but this is not always the case! 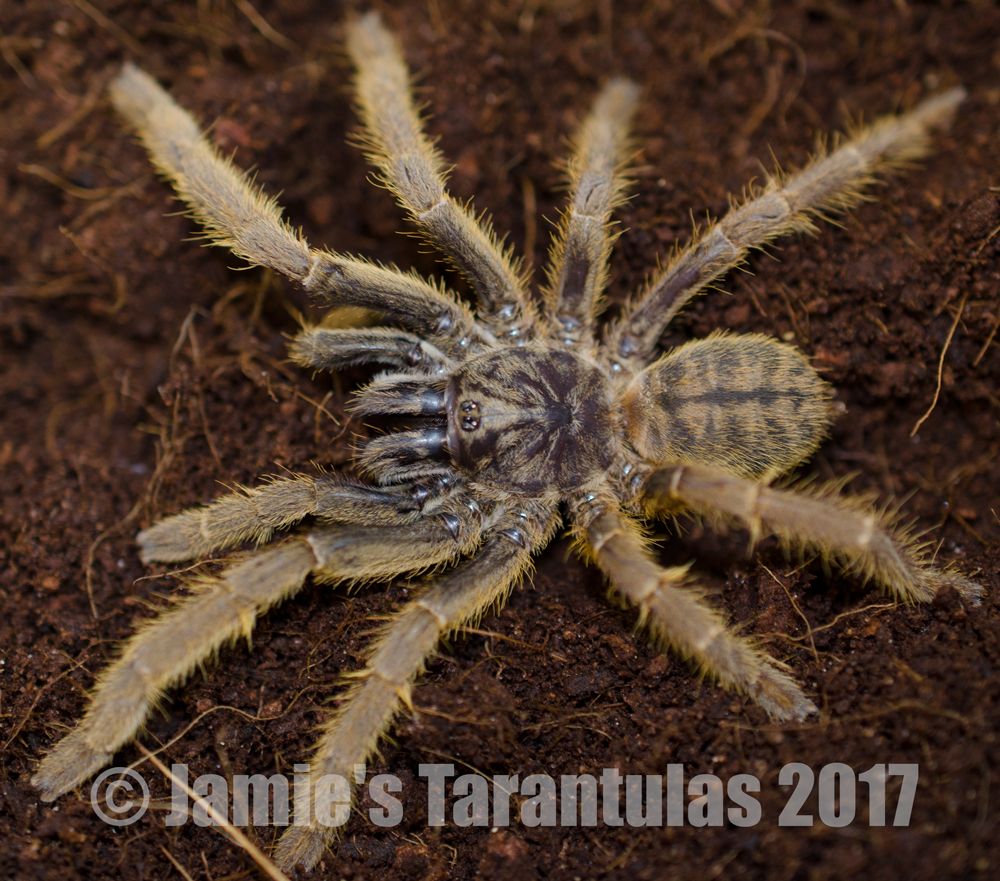 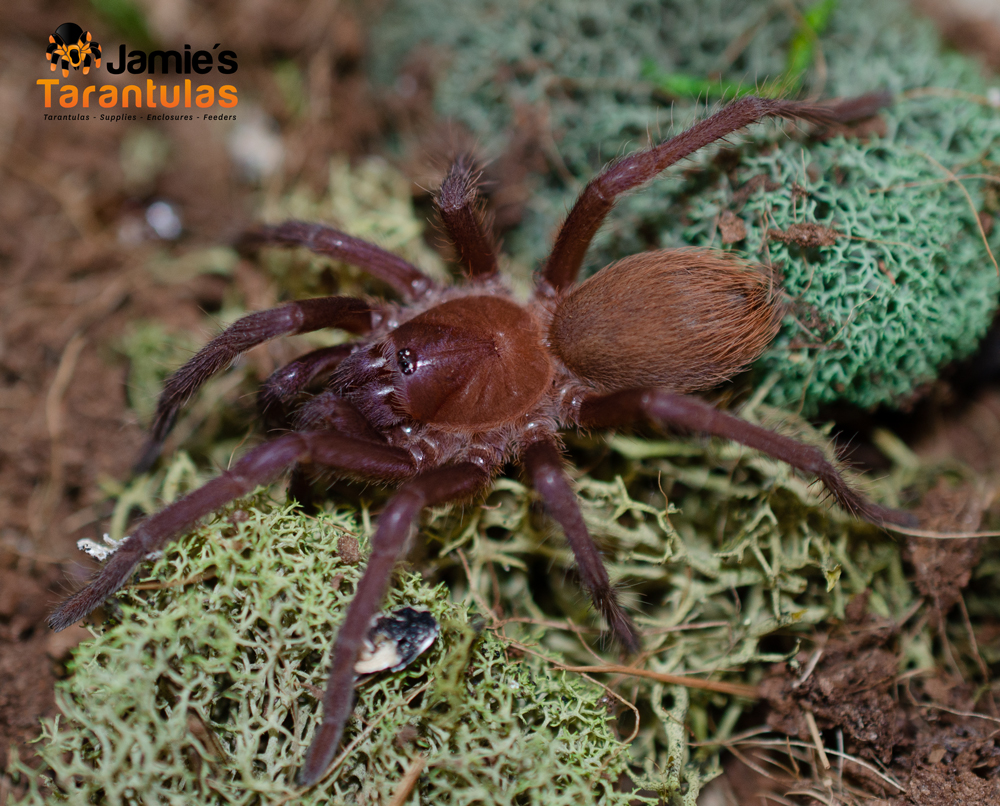 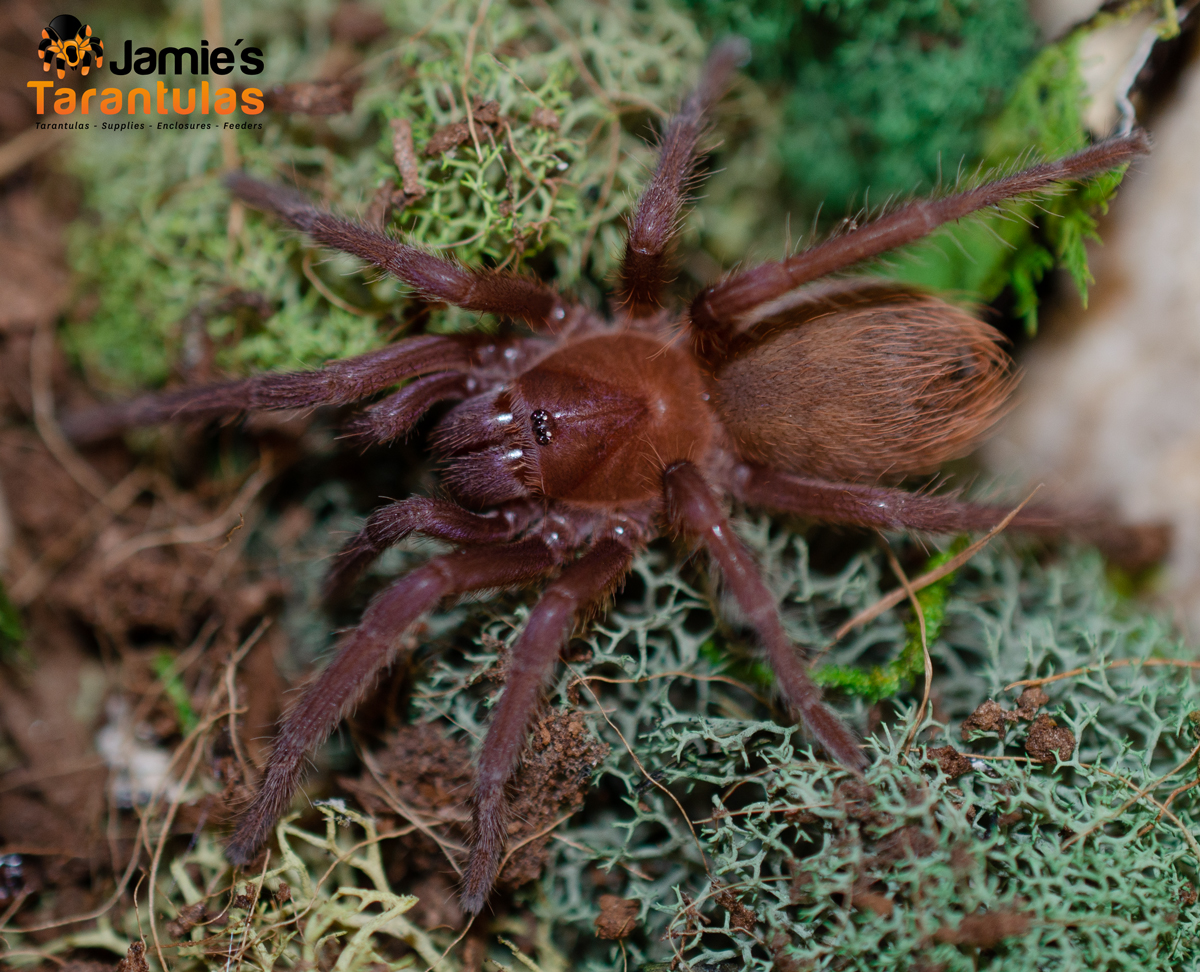 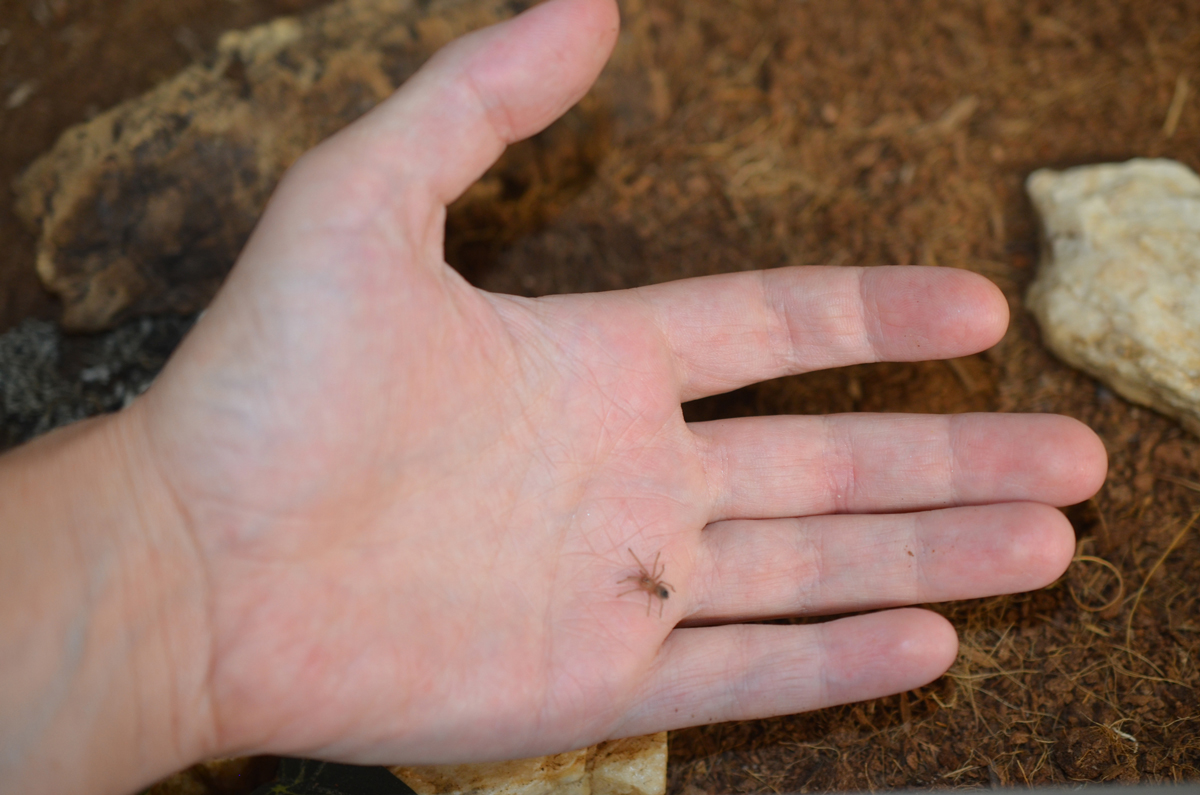 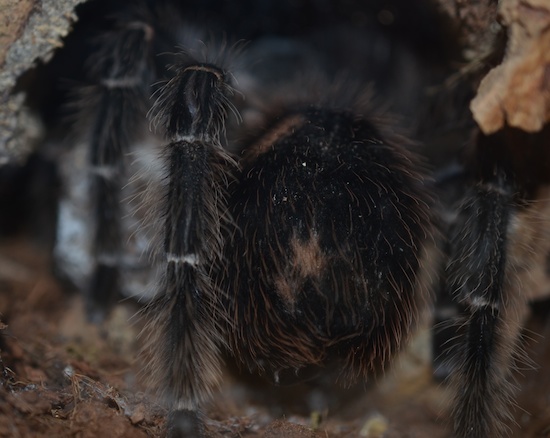 I will add many, many more to this article soon!